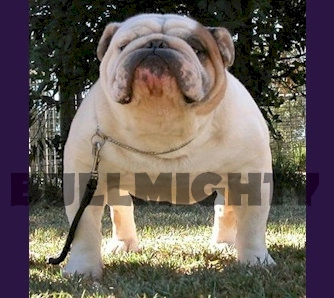 Boss is a multi Best in Show winner and a specialty Best In Show Winner.  His Australian Championship title gained with Best In Groups, he has dozens of BIG awards including a Royal Best In Group.

From baby puppy, where on his first weekend exhibited he went Baby In Show, he has been a consistent winner at Breed, Group and In show level and is a true specialists Bulldog, winning his first Best In Group as a minor puppy.

His record is unequalled in South Australia.  Campaigned for a limited number of shows, and gaining most of his points when there were no such thing as points for Best Of Breed.